Family Life, Lifestyle
suefoster.info contains affiliate links. If you click one of these links I may earn a small commission at no extra cost to you, thank you! Please see my Disclosure Policy for further information.
Spread the love

Is a Motorcycle for Your Teenager a Good Idea?

Mums everywhere are worried by the idea of their teenagers hoping on a motorcycle and haring off. But, though motorcycles might have a bad reputation, there are a few redeeming factors that might help you decide whether getting one for your kid could be a good idea.

Kids want all kinds of things these days, but their independence is more important than ever. Whether they are begging for a horse or want their own set of wheels, what might seem like a fleeting teenage desire is actually a plea to inch a little closer to adulthood.

Don’t write off their desire for a mohawk helmet just yet, read on for some of the pros and cons.

Motorcycles are Good Value for Money

Motorcycles do come with a few extra costs though. You should make sure that you have suitable protective clothing to wear when you are riding the motorcycle and a good, high-quality helmet is a must too. Similarly, the correct shoes should also be worn.

The main worry mums tend to have is the chance of an accident. Motorcyclists, along with cyclists and horse riders are the most vulnerable people on the road but this doesn’t mean that an accident is inevitable. Motorcycle accidents are actually declining in the UK.

More drivers are now aware of the risks they pose to motorcyclists and advert campaigns have educated many in double checking speeds and remembering blind spots. While you may not be able to control other drivers on the road, most are now much more aware of motorcyclists at the very least.

However, as these groups are so vulnerable, the fallout of an accident is significantly more traumatic. As companies like Abels & Annes show, the chance of a serious injury to the spine or a traumatic head injury is a significant risk to the motorcyclist.

Motorcyclists Have to be More Responsible

Though you might think of motorcyclists as being irresponsible, the opposite is often true. Unlike car drivers who can spend a lot of time messing about with the radio or even looking at their phones, motorcyclists don’t have much choice but to concentrate on the road ahead. Indeed, some studies have shown that motorcyclists respond much faster to hazards on the road than people driving cars.

Learning to drive and behave on the road responsibly is something that all kids should do regardless of whether they are in a car or on a bike. Setting them up with a good instructor and making sure that they are fully informed is the best thing you can do as a parent. After all, in a couple of years, they won’t need to get your approval beforehand. At least now you can make your opinions known. 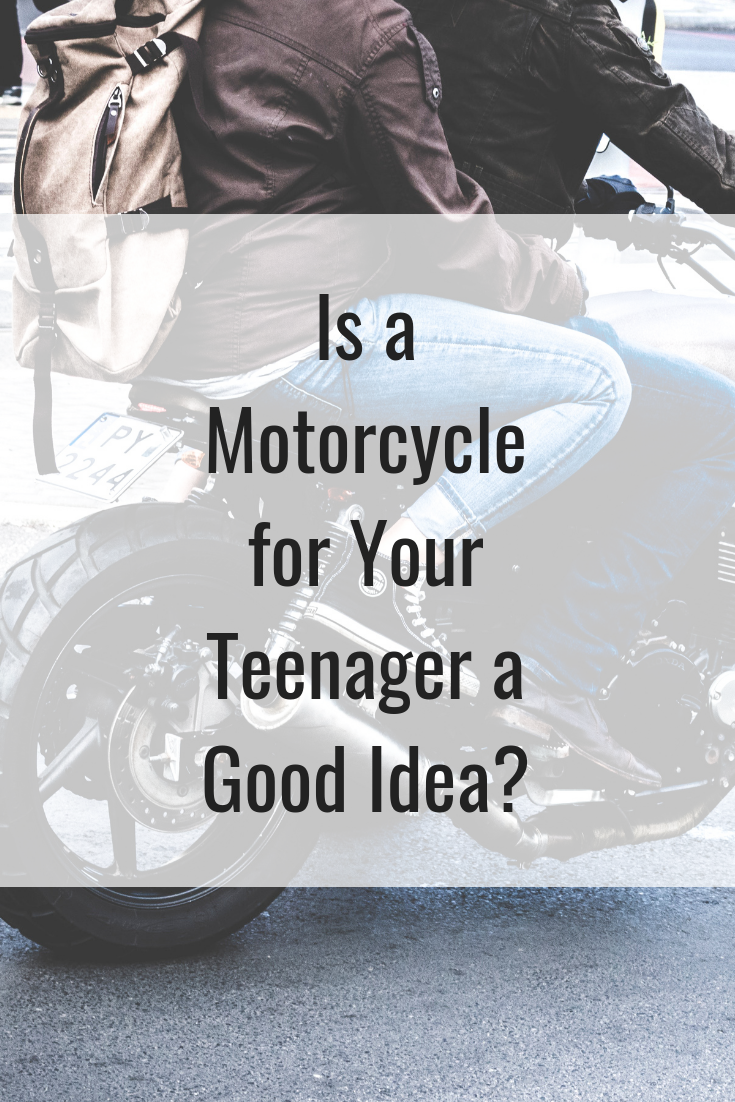 Copyright © 2022 Sue Foster
suefoster.info is a participant in the Amazon Services LLC Associates Program, an affiliate advertising program designed to provide a means for sites to earn advertising fees by advertising and linking to Amazon.co.uk Privacy Policy
We use cookies on our website to give you the most relevant experience by remembering your preferences and repeat visits. By clicking “Accept”, you consent to the use of ALL the cookies.
Cookie settingsACCEPT
Manage consent

This website uses cookies to improve your experience while you navigate through the website. Out of these, the cookies that are categorized as necessary are stored on your browser as they are essential for the working of basic functionalities of the website. We also use third-party cookies that help us analyze and understand how you use this website. These cookies will be stored in your browser only with your consent. You also have the option to opt-out of these cookies. But opting out of some of these cookies may affect your browsing experience.
Necessary Always Enabled
Necessary cookies are absolutely essential for the website to function properly. These cookies ensure basic functionalities and security features of the website, anonymously.
Functional
Functional cookies help to perform certain functionalities like sharing the content of the website on social media platforms, collect feedbacks, and other third-party features.
Performance
Performance cookies are used to understand and analyze the key performance indexes of the website which helps in delivering a better user experience for the visitors.
Analytics
Analytical cookies are used to understand how visitors interact with the website. These cookies help provide information on metrics the number of visitors, bounce rate, traffic source, etc.
Advertisement
Advertisement cookies are used to provide visitors with relevant ads and marketing campaigns. These cookies track visitors across websites and collect information to provide customized ads.
Others
Other uncategorized cookies are those that are being analyzed and have not been classified into a category as yet.
SAVE & ACCEPT
Powered by